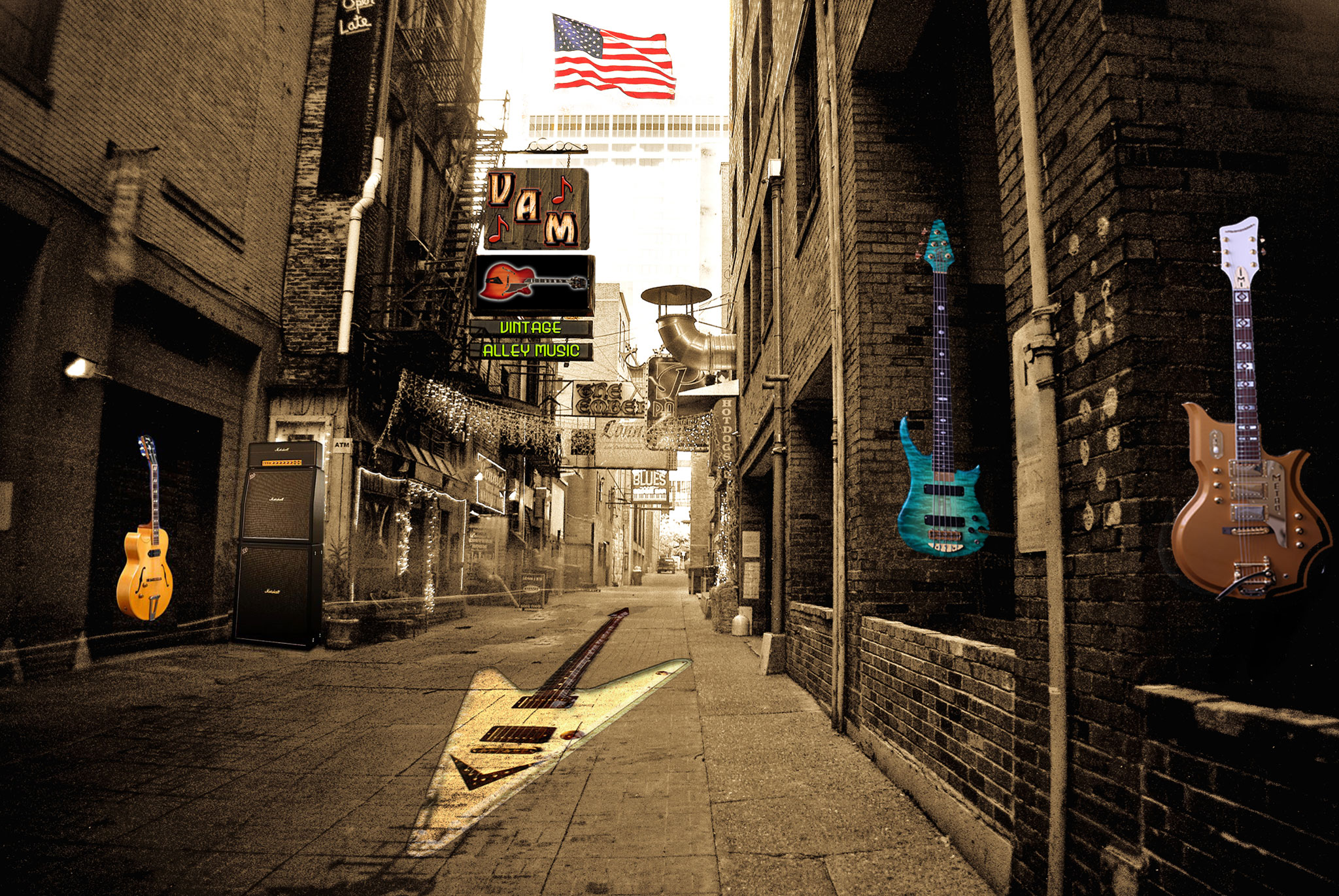 From Printers’ Alley to Vintage Alley:

The image on the home page of Vintage Alley Music is of the renowned Printers’ Alley in Nashville, Tennessee. It was originally the center of Nashville’s Printing Industry as Nashville’s two largest Newspapers, The Tennessean and the Nashville Banner, were located there as well as several print shops and publishers. The street was also home to many restaurants which became speakeasies during Prohibition.

One famous club, Jimmy Hyde’s Carousel Club, was known for hosting jazz musicians. Many of these musicians were background country singers during the day but would come here after to play what they loved, jazz.

We chose this image for our online vintage music store as it best reflects our desire to keep the history of music alive and showcase our collection of vintage guitars and specialty string instruments, amplifiers, radios, and musical accessories. We hope to share our appreciation for music with you.